Puthia is a culturally rich sub-district (Upazila) of the Rajshahi District in Bangladesh. The largest number of historically significant Hindu structures in Bangladesh is found in Puthia. Many of these structures are well preserved and Puthia is an interesting area for tourists to explore and gain insight into the history and culture of Bangladesh.

In the late 16th century during the Mughal period in Indian sub-continent, Man Singh, a trusted general of the Mughal emperor Akbar, was sent to Bengal to suppress the rebel subeders (governors) of this region who were planning a rebellion against Mughal emperor. Man Singh easily suppressed the revolt by consulting a Hindu tantrik (holy man) named Bhatsacharya. After his victory, Man Singh requested Bhatsacharya to take charge of a large area in Rajshahi state named Laskarpur which he refused. But his young son Pitambar expressed his willingness to accept the offer advised by his mother. So he was appointed as landlord of Laskarpur, made Puthia his capital, and became the founder of the Puthia royal family. 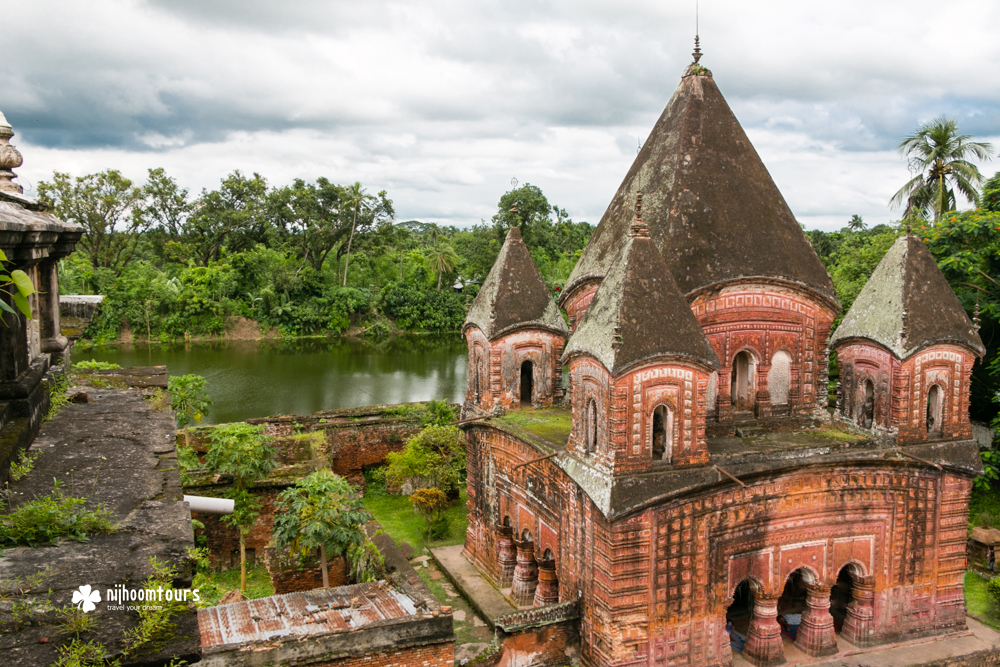 Pitambar built canals surrounding his capital to secure it, dug a big pond in front of his palace, and made this place suitable as a capital. After his death without any children, his younger brother Nilambar inherited the property and became Jamindar (feudal land-owner). He received the title “Raja” (king) from Mughal emperor Jahangir, and became the first king of Puthia Royal family.

Puthia Royal Family estate was the second largest estate and the wealthiest in British Bengal. Descendants of Nilambar built some great temples and a palace surrounding the big pond in Puthia. Located 23 km to the east of Rajshahi city, Puthia has the largest number of historic temples in Bangladesh.

After India’s partition in 1947, Puthia became part of Pakistan. The then Pakistani government abolished the feudal land-ownership system and confiscated all Hindu properties. The Royal Family migrated to India shortly afterwards. The Puthia Palace and entire temple complex is now protected monument. The Puthia Raj Estate maintained their existence till the termination of the zamindari (Landlord) system by the East Pakistan Estate Acquisition Act of 1950.

The whole area of Puthia Palace is still a place of great wonder and full of histories that can enlighten the thirsty mind of visitors to a great extent. Puthia is one of the must visiting place in the Rajshahi division for the travelers. You can easily spend half of a day here visiting these beautiful structures. 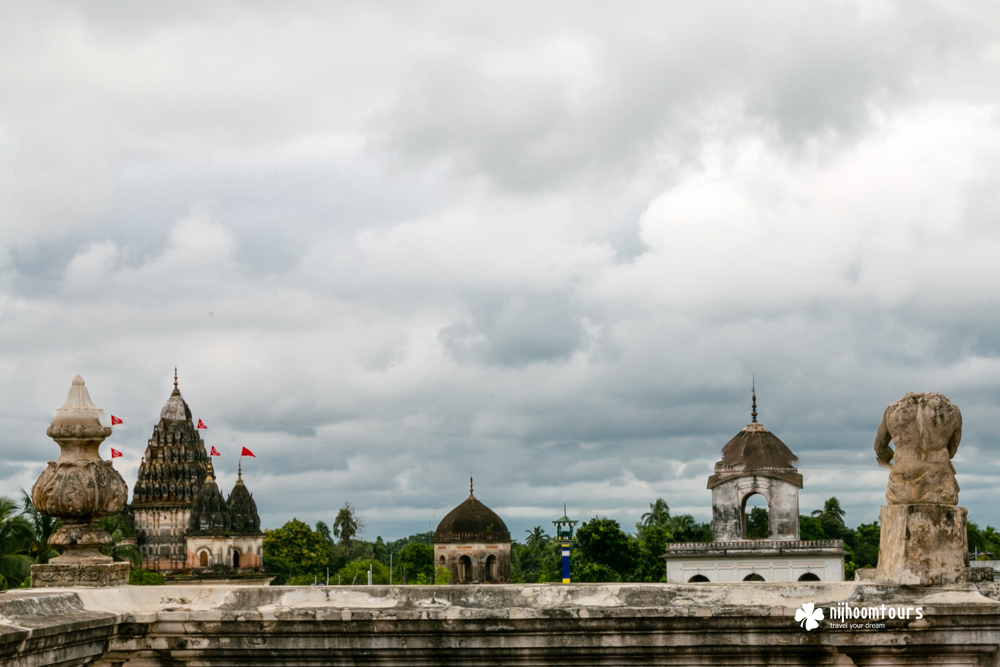 There are many structures in Puthia among whom 14 structures are declared protected architecture and maintained by the archaeological department of Bangladesh. Among them, one is a palace, and remaining 13 are temples. These impressive temples have been built in terracotta in a variety of styles combining the typical Jor-bangla architecture with other influences. These terracottas describes the history, culture, religious rituals, war, love and affairs, daily life of people, and the Hindu deities. Here is a list of the best structures of Puthia worthy of visiting:

Have you visited Puthia? How amazing you’ve found it? Share your thoughts and experience with us in comments. Any question about visiting temple village Puthia? Ask us here! Consider sharing it in social media so that more travelers can know about this beautiful country which is little known to everyone.