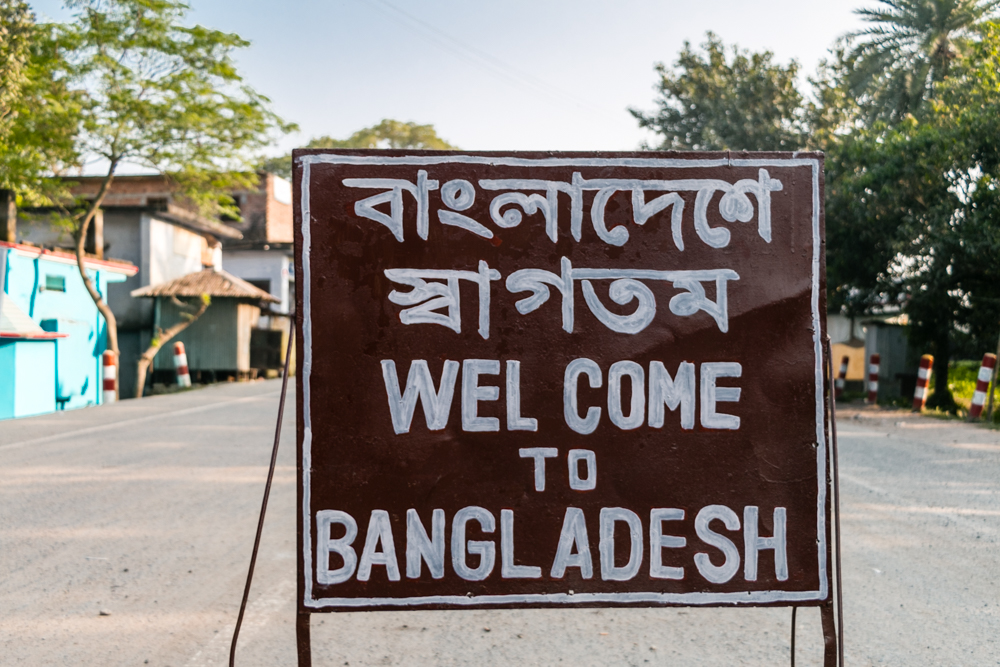 Although it is a little bit tricky and you need to have enough confidence while on the Indian side of the border to let you go, there are few reports from the western travelers who have recently got the on arrival visa for Bangladesh in the land borders.

For details on the on-arrival visa for Bangladesh in the airports, check out Bangladesh visa on arrival: who can get, rules, and fees

Who are eligible to get a Bangladesh overland visa on arrival

Which border to get Bangladesh on arrival visa

Reports of getting Bangladesh on arrival visa in the land borders

So far there have been several reports of Bangladesh on arrival visa in the Indian borders on different travel forums. Some of the reports are as follows with their original source:

I recently did this – went in November by bus from Kolkata to the Bangladesh border, got a visa on arrival, carried on all the way to Dhaka by local buses, one hop at a time.. getting the VOA was no problem, the Bangla officials were kind and helpful, I didn’t have to show anything other than my passport, but it did cost $50 and another $8 tax when I came back the same way. I have India multiple entry visa so no issue with Indian immigration either. I went by the biggest land crossing at Benapole/Petrapol.. got the Greenline bus to there at 6am from very near Sudder St in Kolkata.. initially I tried to get a visa from Bangla consulate in Kolkata and they had refused saying just get a VOA at Dhaka airport – they were very busy and didn’t want to answer any questions regarding land crossing, I didn’t want to fly so I just went by bus and it worked fine.

Firstly: it is possible for citizens of certain countries (definitely the EU, where we’re from, check the official websites for the full list) to get a 30 day visa on arrival at certain land borders of Bangladesh. This does not include the border crossing the Maitree Express, the direct train from Dhaka to Calcutta, uses. We found out the hard way when we were kicked off the train at the Indian side of the border and sent to a different crossing, at Petrapole-Benapole.

If you are travelling overland from Calcutta getting the visa on arrival seems to be the only option, since the Bangladeshi High Commission in Calcutta would not even let us in the door, as we were Europeans and thus did not need a visa. They also told us we would definitely be able to get a VoA where the train crosses, though, so double-check all information they give you.

At Petrapole-Benapole, we had to be very firm with the Indian customs agents, who were convinced that it was impossible for us to get the VoA just a few hundred meters down the road, and did not want to let us leave the country. Eventually they called their Bangladeshi counterparts and asked, and then let us through. We convinced them mostly because we had a multiple entry visa for India, and so would always be able to come back. If you have a single entry visa they may cause you more trouble.

Once on the Bangladeshi side everything was very easy – since the Indians had called ahead we were expected and just made to sit in an office for an hour while a lot of forms were filled out for us. Everyone was very friendly, and even the police seemed mostly just excited to meet tourists. We found a bus to Dhaka (7 hours) and got there just after midnight, 17 hours after leaving Calcutta, though you can save a lot of time by not getting on the wrong train first;)

If you already have a visa the Maitree Express is probably a more comfortable way to get across the border. Tickets are not sold online, but you have to go to the office on Fairlie Place in Calcutta, and enter on the left side rather than the right where most of the other tourists will be (again, we got this wrong initially and queued for an extra hour). We managed to get a ticket one day before departure, 2nd class but still with quite comfortable tour bus-type seats.